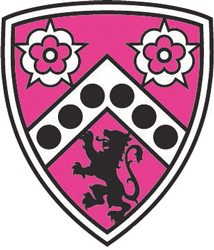 The Mixed Triples League is open to all gentlemen and lady members  It starts towards the end of July and continues until late September.

To participate in the Triples League please register on 'Bowlr' by Wednesday 20 July 2022.

The members of each team will be a balance between more experienced and newer players.

Teams of 6 or 7 players will be drawn by the league organisers, and a player from each team is asked to arrange their team's programme of matches.

1.   The League is planned to start on Friday 29th July and run for 8 weeks with each match starting at 10.30 a.m. each Friday morning.

2.   There will be 8 Teams in the League, each having its own Team Captain. Each Team will play each week.  Dress code is white above the waist         and grey below the waist.

3.   The Team Captains will select their Team for each week, making sure that everyone in the Team gets a fair share of matches.

4.   If a player cannot make the match they have been selected for, they are to inform their Team Captain as soon as possible. It is the Team
Captain’s responsibility to find a replacement from their Team members.

5.   Substitutes are allowed on an ad-hoc basis, but only when a team is unable to field 3 team members. Richard Carr must be informed and will
monitor to ensure that the system is not abused.

7.   The competition entry fee is £3 per person, payable to the Team Captain prior to the start of the first match. The team captain is to pass the
money to Richard Carr.  The fee is to fund the prizes awarded to the top 3 Teams in the League.

11.  A dead end is not counted and has to be replayed. Tied ends, score one point each.

13.  In the event of both sides only fielding 2 players each, the match will be played as a Pairs to 21 ends.

15.  Any match cancelled for whatever reason will not be replayed.

17.  All Match Cards to be handed to Richard Carr, or if he is not there, they are to be put in 'Other Matches' box in the clubhouse. Richard will
collect the cards and keep the League Table up to date.  He will also keep an eye out to make sure everyone is getting a fair share of matches.

18.  Any dispute will be resolved by the Organisers, Richard Carr and Howard Marsh. Their decision shall be final.